The town authorities of Spišská Nová Ves after the sale of the medieval Town Hall (today the Provincial House) constructed in the years 1777 -1779 the present Town Hall. The building is built in a Classicist style. Its construction was financed from the financial resources obtained from the sale of the original town hall (9000 canaries) and money belonging to the city. The whole construction cost was 11,569 canaries and 51 mites.

During a long period of time, from its construction up to the fifties of the last century, the town hall was the center of all municipal activities. All important events, actions, decisions, which concerned the town and its citizens, happened either inside the town hall or within close vicinity. Meetings of citizens were held in front of the town hall and from its balcony representatives of the municipal administration addressed residents of the town and made their speeches. That is why the informal name - Municipal House, which the town hall was given from the very beginning, is still widely used among the town’s inhabitants.

The most important room in the Town Hall was the council chamber (today called the ceremony room). It is placed in the medium axis of the building and occupies two floors. The walls are decorated with restored Venetian mirrors. This room is decoratively set off from the rest of the exterior. The lower part of the decoration is formed by the balcony with a conic balustrade supported by stone supports.

Today it is used as a ceremonial hall for solemn ceremonies such as marriages, welcoming newly born babies, receptions of persons celebrating their anniversaries, distinguished guests and so on.

The reconstructed town hall building has rooms in the basement for social and banquet occasions, the offices of the town’s representatives are situated on the ground floor, and on the first and second floor there are offices.

In the foyer on the ground floor you can see the coat of arms, flag, seal, insignias, key from the town and the first written reference to the town (29. 11. 1268). You can also find here a list of all magistrates and mayors who were leaders of the town. Twin cities of Spišská Nová Ves have their coats of arms here and the original statue of Immaculata (1724) from thereconstructed Maria Column has taken pride of place here since 2010. 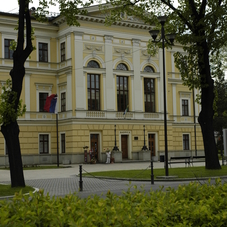 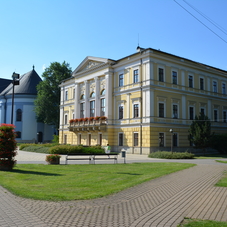 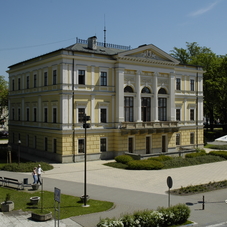 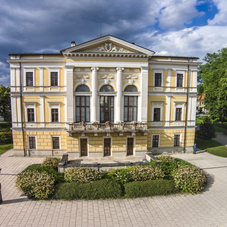 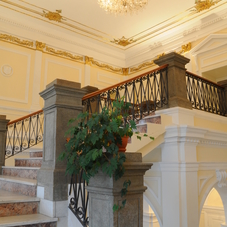 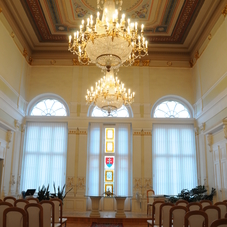 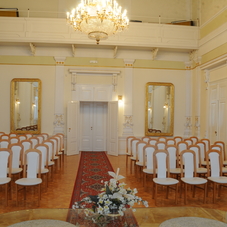 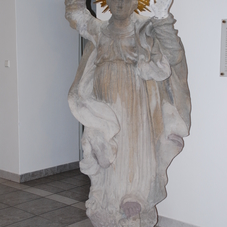 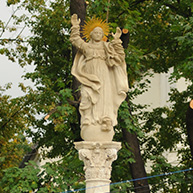 The Place of wishes and church bell