Historical sources says that Jews of Spišská Nová Ves were initially buried in the main town cemetery. Later a Jewish cemetery was built that is located in the eastern part of the town near the railway line. The oldest grave dates back to 1880 and the youngest one is from 1955. According to the latest listing, the length of the cemetery is 125 m and its width is 20 m. 280 tombstones have been preserved.

Monument to the former Jewish community

The first Jewish families were settled in the town in the 50’s of the 19th century. The Jewish community was formed in 1872. On today Školská street there used to be majestic Jewish Synagogue, which was destroyed during World War II. Before the war about 200 Jewish families lived in the city. The horrors of the concentration camps were avoided by only around 10 % of the Jewish population. After the war most of them found a new home abroad.

Renovated and open for the public

In 2007, the cemetery was cleaned up thanks to an initiative of a local secondary school, the town of Spišská Nová Ves, Slovakia’s Central Union of Jewish Religious Communities, and the grant program “A better place to live” from Konto Orange, n. f. The cemetery was subsequently open to the public. Access to the cemetery is provided by the Tourist Information Centre.

The monument on the Slovak Jewish Heritage Route 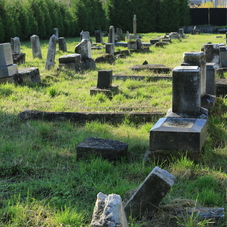 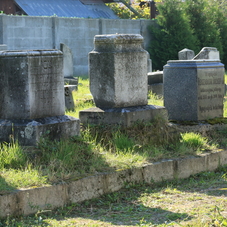 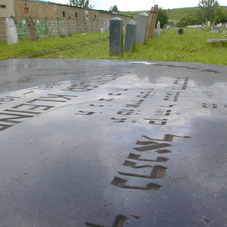 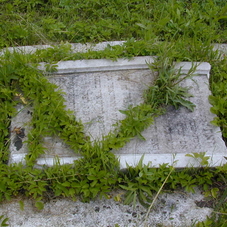